Well, maybe the title is wrong in calling comic book (graphic novels!) readers “geeks” – geek culture has made reading comic books a lot more acceptable and mainstream, right? Anyway, this community was born to glorify adult pleasures, and there’s nothing like a great book to accompany a glass of Aberlour 12 and a phenomenal Liga, and that certainly includes comic books.

An exciting modern genre-mix told in a pulp magazine style.

However, what our friend Brian Roll is preparing is much more than a comic book. It’s a new vision on the classic pulp style popular in the beginning of the 20th century. From the artist himself:

The pulps were cheap fiction magazines published from 1896 through the 1950s. In the great lineage of fiction periodicals, they were the successor of the penny dreadfuls, dime novels and short fiction magazines of the 19th century. They’re also considered the predecessor to modern comics and graphic novels since they often featured illustrated novel-length stories of heroic characters. 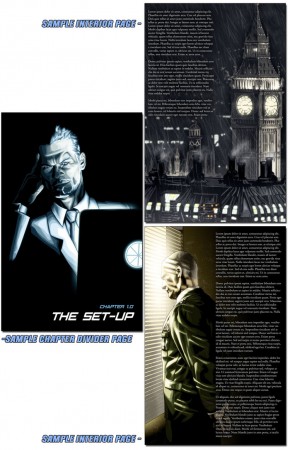 The Book: Softcover, trade paperback style. Perfect bound with 140+ pages, containing 7 chapters with each chapter having its own intro splash page. Pin-up gallery in the back featuring some of the artist’s friends, and if you want it signed, it shall happen! 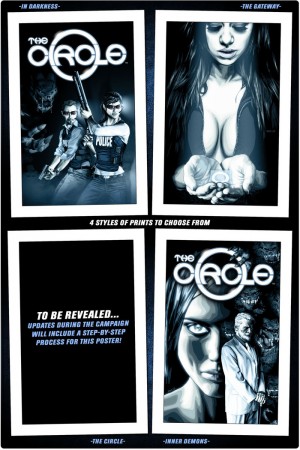 As I type this, The Circle’s almost 50% funded with 31 days to go. I’ve already pledged and suggest you do the same if you want a great book to add to your collection. It goes well with any drink and cigar!