I’ve been drinking a lot of independent and rare bottles of Scotch, and while that’s pretty awesome, it’s time to get back to some of the unsung, great everyday Scotches that we all enjoy.

To start off this habit (which I don’t know how long it will last, let’s guess… four reviews? Sounds good to me, fictional individual I made up to have a conversation with myself in the middle of a sentence), we’ll be going for my go-to Scotch when I’m at a non-Scotch bar, Glenfiddich 12. As I was at a spa/Thai restaurant with my wife and she offered me a drink, I went for this great go to.

Mandarins, pear, little oak, apples, clover
Very light nose on this, and as I’m used to bolder Scotches, it’s a little rough to pick some things out. Very fruity, the oak stays int he background. Almost like if you were downwind from an fruit market, but really, really far away. 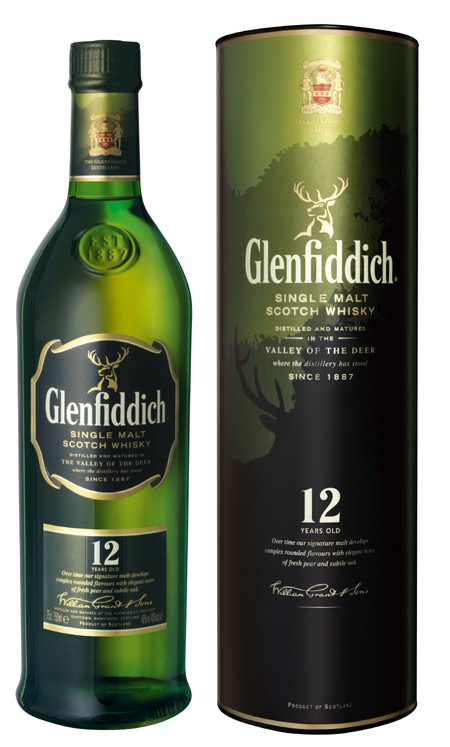 Oak, burnt sugar, apples, sour grapes, lime tart, pepper
This is so bitter. Like, really damn bitter. Like, this video bitter. Drinking it by itself, the bitterness can be a little overwhelming. Did I mention it’s bitter?

Lemon, lime rind, yeast, pop rocks, hunger, agave syrup, red grapes, oak
Medium in length, which is surprising since this is so young. The bitterness calms down a little bit, more of the oak comes in. It actually makes me want food, which is nice. Kinda like a Manhattan, it makes you want to eat more of the meal.

Conclusion: This is a nice appertif dram to have. It makes you hungry, the bitterness pairs well with food. That being said, I’d almost say that you could replace Limoncello or Cointreau with it, as it’s sour and has citrus elements. I think it’s a great beginner Scotch, as it won’t have the overly powerful woody or peaty flavours.