Since we veered a bit away from Scotland with the French Kornog, let’s keep with that theme. It’s high time I reviewed another Japanese whisky! This time, the whisky in question is Asama, produced at the now closed Karuizawa distillery and bottled by the Number One Drinks Company.

Asama is an 11 year old bottling and contains sherry matured whisky that was distilled during 1999 and 2000, the final years of Karuizawa’s operation. So sad that the distillery closed… For now, at least, the most I can do is savor a glass of their whisky! Oh, an interesting tidbit is that the whisky is called Asama after Mount Asama, the volcano by which Karuizawa was built. 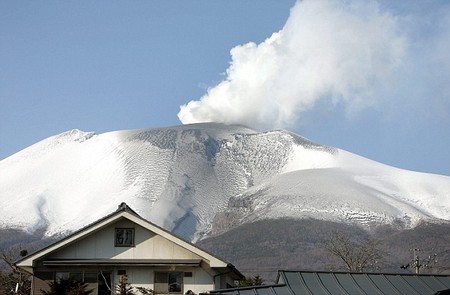 Rubbery, big sherry nose that develops new layers with time in the glass. Moderately sulfured palate, which makes for a pleasing contrast with the dark sherry notes. Warming finish which is salty and somewhat savory.

This heavy and heavily sherried style of whisky remind me a lot Glendronach. It’s good stuff, but I think a little more diversity of flavor would make this even better. Can’t wait to try more from Karuizawa. That wait won’t be too long, though, because I have a sample of the much ballyhooed 1967-2009 Karuizawa from The Whisky Exchange and La Maison du Whisky to review next!