Costco had some in stock, it was just outside of what I thought sensible to pay for a single malt (it set me back £37) before I’ve refined my palate further, but curiosity got the better of me and I bought a bottle. I was a little apprehensive, knowing this had a reputation for being a very full on, intense and well respected whisky I wasn’t quite sure if I was going to enjoy it. 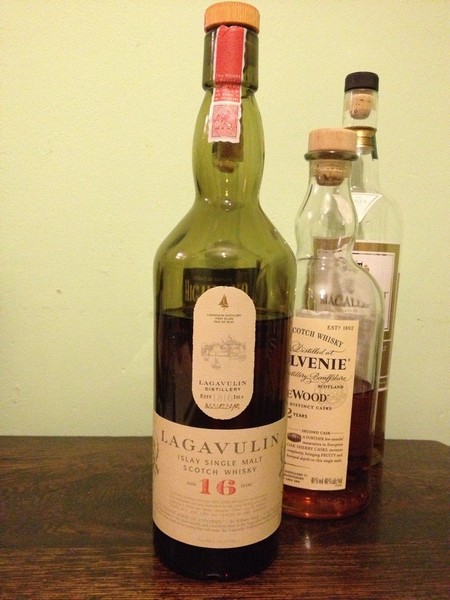 All my fears were put to rest short after sampling my first glass; it was a rich, intense, smoky and fruity flavored whisky and whilst being more complex than anything I’ve previously experienced it wasn’t overwhelming . This has a myriad of complimentary flavors which reveal themselves in the nose and continue for several minutes after you’ve tasted it. Its reputation as one of the finest scotches is seemingly well deserved.

I just worry I may have peeked too soon.

Lagavulin distillery is an Islay single malt Scotch whisky distillery in Lagavulin on the island of Islay, United Kingdom. Their standard single malt is 16 years old (43%), though they regularly release a 12-year-old, 25- and 30-year-old varieties. Despite being owned by the giant Diageo, they’re able to retain their character and quality.