General Remarks: The Yoichi Distillery was built in 1934 by Masataka Taketsuri of Nikka Whisky. He studied Chemistry at the University of Glasgow between 1918 and 1920 and worked and learnt as apprentice at Distilleries like Longmorn and Hazelburn. Apparently he was very gifted because later on Masataka became a Master-Blender. Nowadays the Nikka Whisky Distilling Company is part of Asahi Breweries and also owns the Miyagikyo distillery in Sendai (Honshu). The Youchi 10 is the standard expression from the distillery and sells at around 70 US Dollars per bottle. The Yoichi 10 years matures in a mixture of new locally assembled Oak Hogsheads as well as Ex-Bourbon and Ex-Sherry Casks. 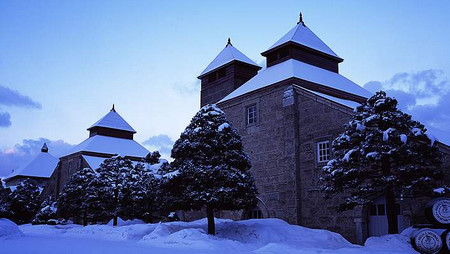 In a blind tasting session I would have thought this to be a Scottish whisky from the Highlands. Certainly a strong Nose that does need some time to open up. The first impressions are Peat, Earth/Clay and Floral Tones, Spices like Cloves and Cinnamon and lots of Vanilla. I also find Malt, Lemon, Orange, Dusty Wood, Buttered Toast, Caramel, Almonds and Fruity tones like Apricot, Banana and Pineapple. Some Sherry and also light tones of Rubber and Cooked Vegetables that might hint at some presence of Sulphur. This is certainly an interesting Nose but not one that gives itself away very easily. You have to be patient, dig in and find your way around the light Alcohol. It is still a relatively young whisky of course.

I added a bit of Water and this really opens the Nose. Peaty, Floral – and Fruity tones start taking control. Gone are the slight off-notes. Palate and Finish benefit as well. It does not happen a lot but I preferred this dram with a bit of Water. The adequate ABV of 45% helps a lot in this respect. 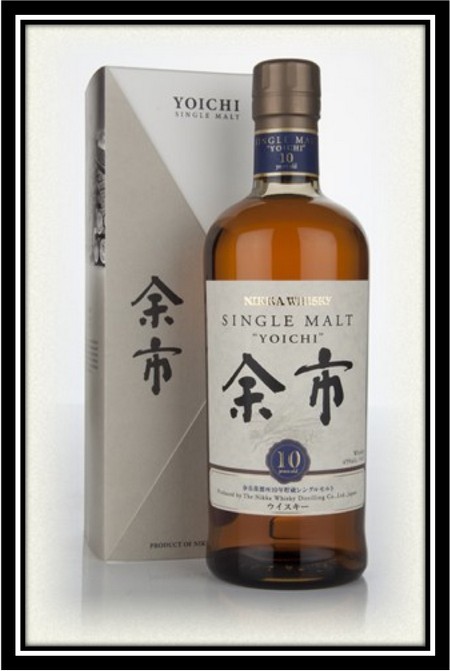 Conclusion: The Yoichi 10 is a Well-Crafted Whisky at an affordable price level. The Nose is interesting enough if you’re a patient person and take your time to enjoy a dram. It’s certainly a complex whisky given its relative youth. Enough to discover here, especially on the Nose. On the Palate and in the Finish the Floral, Earthy and Woody tones dominate and a little bit more Fruit and/or Sherry would have benefited this dram. Still, the Yoichi 10 is an interesting alternative is you like peated Highlanders like the BenRiach. Recommended!