As a reward to myself for being an awesome husband, I decided to try some Irish Whisky at our favourite Irish pub near the convention center, the Overdraught. And since it’s so hard to get, I ordered the Green Spot single pot still Irish whiskey. Just in time for St. Patrick’s Day.

Well, that’s not true. In fact I wanted to order the Connemara Peated Single Malt Irish Whiskey, though they were out, so I went for a normally very pricey Irish (in Ontario).

Green Spot is a blend of 8 and 9 year old single pot still Irish whiskey, 25% of which are matured in sherry casks. It’s somewhat rare, as only 500 cases are made a year, so keep an eye out for it. 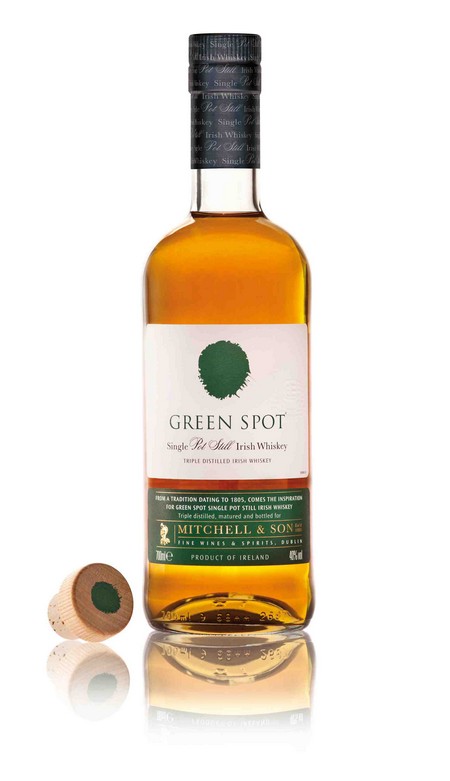 Sour grapes, banana, bread dough, light mint candy, perfume
Light nose on this one. It has that yeast smell to it. It’s unique to what I’ve been drinking lately, and has a refreshing smell to it. It’s almost a hodge podge of different flavours, though there’s enough similarities to come together.

Peppermint, basil, jalapeño, pizza dough, lime, truffle oil, garlic
Very herbal. And Italian food like. Kinda odd. It’s evolving from the nose though, which is more than I can say for some other whiskeys I’ve reviewed. Sometimes you get this manic insane meandering from the nose to the taste and then lost in the woods with the finish, wondering where your pants are, hair full of leaves.
Getting back to the Gentlemanly Green Spot, that would never even consider the forest, I almost wish they used more sherry casks on it, as I think more fruit would help it out.

Vinegar, orange rind, yeasty, cardamon, cilantro, pretzel
Medium length on the finish here. I’m missing some of the sherry influence on this. I was expecting more strawberry, though it ends up with more of a vinegar/orange rind at the end. 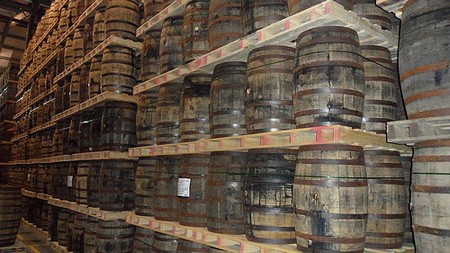 Perhaps it’s a different sherry than what I’m used to. Perhaps I’m not as worldly as I like to be concerning sherry. Both are possibilities.

Conclusion: To tell you the truth, I was interested in this whiskey because they didn’t have the first one I ordered. I normally wouldn’t try it, because the price is too prohibitive for an Irish. That all said, it was surprisingly nice, and probably one of the best Irish whiskeys I’ve ever had. I want to try the Yellow Spot now, and will be trying to find better as I go. Recommend you try a dram.